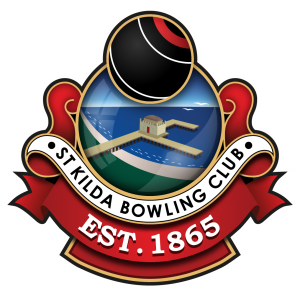 The bowling year started off with winter bowls. We had 3 sides competing and all 3 made the semi-final with the 3rd side making it through to the Grand Final.

Saturday pennant started strongly with all sides being competitive. Division 1 made finals having to go to Mentone to qualify for the Grand Final. In a hard fought game they narrowly went down. A fantastic effort cementing their place in Division 1. The Division 3 side on the back of 7 straight wins finished the home and away season in 2nd and hosted Armadale. It wasn’t their day but a spirited effort all the same. The Division 4 side narrowly missed playing finals finishing 5th by 3 points. The Division 5 side after being promoted last year also narrowly missed finals finishing 5th by 17 points. The Division 7 qualified for the semi-final and travelled to Toorak. In a very focused game they gave their all gaining plenty of respect but unfortunately not getting over the line. The Division 8 side in their first year of competition finished a respectable 6th. All round some fantastic achievements with a positive outlook for the upcoming season.

Tuesday night pennant we fielded 3 sides, Premier Division, Division 1, & 4. In tough year for both Division 1 & 4 neither side qualified for finals. In Premier the side continued on its way playing finals and qualifying for the Grand Final. In a high standard game they came up against the mighty Clayton side which included 3 international players. The game was fought out all the way to the end with Clayton taking the spoils but St Kilda walking away with plenty of respect.

We were well supported in the Australian Open in Queensland with quite a few players making the trip to play against some of the best bowlers from within and outside of Australia. The Vic Open was also well supported with a number of players making it through to their sections to compete in the knock-out rounds.

St Kilda was well represented at tournaments throughout the year. From local tournaments to all corners of the state we made our mark. Congratulations to all the St Kilda players that finished in the prize money of tournaments.

This year we were able to purchase all new rink scoreboards and master scoreboards. We were also successful in winning a Parks Victoria Grant to help us install lights over the bowling green, a new sprinkler system to irrigate the green, new sunshades at the Fitzroy St end of the green and new flagpoles. The installation of the lights is well underway and we expect the lights to be installed over winter with the other projects following soon after. The committee will be working with the board and the Green Sub-Committee to implement a Green Management plan so that the Green stays in its superb condition with the introduction of lights.

The green at St Kilda has been applauded by not only our members but from members of other clubs that have visited us. I have full confidence in stated that we have one of the best greens in the state thanks to the hard work and dedication of Adrian Marston, Paul Heeps and Kevin Fanning (Geezer).

St Kilda has continued to gain invaluable respect throughout the bowling community. I have been so proud hearing from other clubs how impressed they are with the direction that we are going at St Kilda and the momentum that we are building up. With a great relationship with Bowls Vic we were chosen to hold a Saturday Sectional Grand Final this year.

We have a great club and it will continue to grow and be a force in bowls. I am extremely humbled to represent this club as president. I would like to thank the committee and board for their help throughout the year, David Streefkerk for taking on the Bowls Representative position on the board, all the members that have volunteered for numerous roles throughout the year and the membership for supporting and helping not only myself but the whole committee throughout the year. Together we will all succeed. I invite you all to help St Kilda to prosper. In the next few weeks we plan to announce the Coaching Staff and the vision for the upcoming season and beyond.